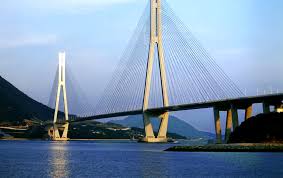 Originally designed to be a suspension bridge and the last of the series of six bridges comprising the Nishiseto Expressway, connecting the islands of Honshu and Shikoku in Japan, plans for the Tatara Bridge met with public concern and outrage. Japanese citizens were already vocal about the government spending too much money on public works projects to the detriment of the environment, not to mention adding to the already large budget deficit. Hearing the public outcry, the designs were eventually changed in 1989 to a cable-stayed build which lessened the environmental impact. Tatara was completed in 1999.

At what cost? What can the Tatara teach us about partnership building?

Sharing a vision is one of the key conditions for any successful business partnership. How that vision manifests and gets communicated will vary from one stakeholder group to another. And, as in all great efforts, it’s important to evaluate the project from every perspective possible. This not only helps build strong, co-creation of the project, but also (hopefully) preempts and proactively manages any negative viewpoints. And, sometimes those more minor viewpoints provide insight that ultimately can strengthen the final outcome.

I’m reminded of a particular partnership that was altruistic in its conception and seemed favorable on the surface to all partners, but one minor stakeholder group was not consulted – employees. Actually, it’s not common for management to solicit employee perspective on its business agreements prior to a deal being inked. Most employees, especially those in junior positions, understand this. As long as they are read into the context and understand the value of the partnership and their connection to it at the appropriate time, that usually is sufficient.

In this particular partnership, the partners included a media outlet that had financial challenges and a nonprofit whose constituents benefited from the media coverage and whose management thought it could “save” the outlet with a funded series of co-created events. The nonprofit’s employees who would ultimately be producing the events were not properly read into the value of the arrangement. They felt their management had made a financially binding mistake in assuming that the events would meet or exceed projections, and that they would be held accountable. Unfortunately, the employees’ viewpoint and prediction prevailed; the events were a financial loss and the nonprofit was out additional monies due to the funding terms in the partnership agreement. Had management consulted with its producers (employees) and done more financial due diligence, a different partnership might have been constructed.

Share a partnership that overlooked a stakeholder and the consequences.